Join the online Celebration April 21st and participate in the Ingenuity Cup 2021, a Global Innovation Competition. 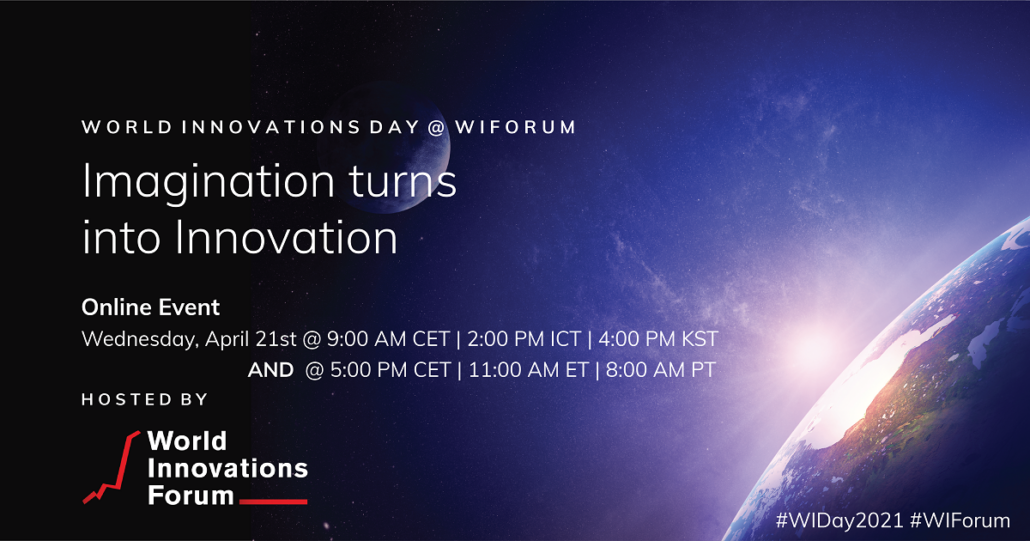 We cordially invite you to celebrate World Innovations Day and introduce you to the Ingenuity Cup. To celebrate we are hosting an online event on the topic of Open Innovation – What is it? and Why should you pursue it?

This online event is aimed at everyone who wants to turn imagination into innovation and wants to bring “outside of the box” thinking into their company.

Watch the Past Event

We want to Compete

What is World Innovations Day?

Homo Sapiens made the first attempt to innovate about 300,000 years ago, and then a major boost in ingenuity happened around 12,000 years ago in the Agricultural Revolution. With the understanding of farming and domesticating animals, homo sapiens were able to produce more food than they needed. This allowed others in the community to develop tools, build huts, and more. The more tools we built, the more specialized we became, the more productive was our hunting and farming.

Another big boost happened around 200 years ago during the Industrial Revolution. We augmented almost all our powers with machines. We crossed our entire planet in a matter of hours by flying, we built stronger material like steel, we built bigger and higher houses, we calculated almost any task through computers, communicate around the world via the internet and we showed the ability to leave our planet to go to another planet. We harness almost every physical power we needed.

The ratio between food production and producing from 90% and 10% flipped to 10% and 90%. Top nations even have a production ratio of 97% and 3% food production. The number of highly innovative people however was still very small, around 0.007% across the planet. Yet it rose to over 5% in the most developed and emerging nations. Looking after the ratio between Creative Work versus Repetitive Work appears to be the next major shift in humanity. If Homo Sapiens wants to solve all of its biggest challenges, it needs far more creative people and needs to tap into its final frontier – augmenting their intellectual powers with machines. Only then, our abilities are only limited by our dreams.

With that development, homo sapiens will be able to sustain life on earth beyond the lifespan of our planet. We may even consider Earth the nest that bred our species to carry it forward outside that nest like any other species – in just a bigger dimension. Life on earth has its natural timely limit, but our natural given ingenuity may be given to us to overcome even that limit.

Count on Me as a Supporter