DEVELOPMENT AID OF THE LAST 70 YEARS

Trying to help 3.5 Billion people in 75 of the poorest countries getting out of poverty seems to be a daunting task. In the past 75 years it failed, despite staggering 4.7 Trillion Dollar donations. Even if we try to be fast and complete the job in the next 10 years, we have another, major challenge: With 130 Million new babies born each year, we would need to nurture and educate 1.3 Billion newly evolving people in 10 years from now. Our job would never be completed.

Ctrl-Alt-Del – Completely rethinking development aid. Why not applying the much admired Silicon Valley thinking here and develop a radically different perspective. Instead of trying to help an astronomic number of people across the globe – why not replicating what already worked so much better in the past: Building an economy from within a society through innovation and entrepreneurship – instead of donations that lead to a society that is perfectly educated to apply for more donations.

A PROVEN CONCEPT OVER CENTURIES

19th century Germany: a small number of entrepreneurs, including Carl Benz, Robert Bosch, Max Plank und one or two handful of others, created startups that should turn the nation into one of the most prosperous in the world. 150 years later, the 85 Million population is running a 4 Trillion$ economy.
In the 1950’s, in Northern California, USA: a small number of startups including Fairchild, Intel, Hewlett Packard, Apple and later on many others created products, that in just two or three decades revolutionized the world’s way we communicate. Silicon Valley became the epicenter of IT innovation. And short thereafter in the late 1990’s in South Korea: only three startups: Samsung, LG and Hyundai were necessary to turn one of the poorest countries on earth into one of the most developed nations just 2 decades later. The most interesting leaning: Innovation and entrepreneurship is geographically independent.

TALENTS ARE ALL OVER

During our travels around the globe we realized one incredibly important fact: a few exceptional talents are in any country – enough to change their whole economy for the better. We have seen exceptional people in Ghana, Nepal, Kenya, Peru, Bosnia, and other countries. We therefor know: unless the respective governments kill their nation through corruption or any major dictatorship – every nation on earth has enough engenius people to turn their country into a prosperous nation. What need to stop however is the stealing of foreign resources. Some hundred years ago was the stealing of natural resources, today it is the stealing of intellectual resources.

If the poorest countries have some sort of Universities today. Some produce over 50,000+ academics like in Nepal. We (all of us together) should be able to empower the best of the best in each country to stay there, build a business and contribute to their own ecosystem. Within 10 years such a country could become a developed country. All we need is on average 100 top startups – which we can distill out of 1,000 who try. With 75 countries to develop, we are talking about 75,000 entrepreneurs. Now, I’m asking: isn’t it much more reasonable to help 75,000 entrepreneurs to fire up a self propelled economy, then trying to help 3.5 Billion people to survive?

This is what the World Innovations Forum is all about. Obviously we can’t do that alone. But we know, we will get enough support, enough supporter, enough mentors and enough instructors to help 75,000 teams to thrive. This is what keeps us up and running every day.

What we exactly do?

1) Immediately helping 5,000 teams to understand what it takes to build a robust company that can go global and accompany the teams on every step of their way. We intent to hire approx 250 people locally to help us do that and look for another 1,000+ volunteers to do just a little but very meaningful support.

2) Building up investor networks and working on ways to make foreign investments much easier. A Swiss startup may look for $300,000 seed rounds. A Vietnamese startup can do the same for $30,000 and one in Nepal for $3,000.

3) Assembling partnerships with local and international organizations to build the ecosystems that truly enable entrepreneurs to build self propelled economies. To do so we reach out to universities, city councils, corporations, incubators, mentors, governments, technology provide and so forth.

Knowing that we will get the support, we already started. We have ambassadors in several countries and want to expand. We collaborate with the local embassies, met already over 1,000 entrepreneurs, presidents from universities and many politicians. Why not just join us.

“Prosperity for every nation”
may become the most promising project of mankind.

P.S.
Changing the world is what hundreds of thousands of entrepreneurs are doing every day – for their companies and their markets. It’s time to spend a tiny piece of time and maybe money to empower entrepreneurs in nations that are less fortunate with education, capital and support. 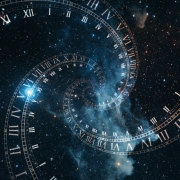 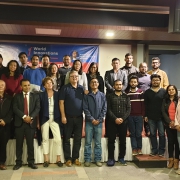 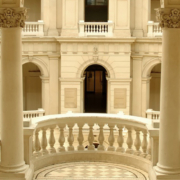 Success Factor Innovation – In Any Nation 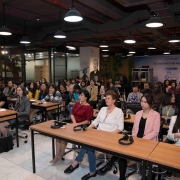 What startup investors are looking for

How to find your co-founder
Scroll to top