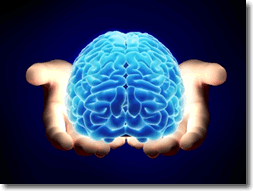 You have a new business idea. You are so excited that it quickly becomes your best kept secret. You get almost paranoid about somebody stealing this great concept that apparently nobody else figured out yet. Now – one day you have to share the secret, when you hire somebody helping you to build the product or when you ask somebody what they think or when you want the first customers to try it out.
Most of those ideas will never see the day of light – the fear that somebody steals it is greater than the ambition to make it happen. OR – you may not even want to realize it yourself but have somebody else do the work and you want to sell it. You will find out that here is no customer for it. And here is the first clue: The average human generates about 10,000+ up to 30,000 ideas during their livecycle. Times 7.5 Billion people, that is 140 Trillion ideas!!! We are drowning in ideas. Hence – the initial value of your  idea is exactly ZERO. To make a long story short: all its value is created when an idea is turned into reality. And that is the ENTIRE value not most of it or half of it.

The initial value of an idea is zero

No-one can actually ‘steal’ an idea. All people can do is to make it much better right from the get go. If it is an outstanding and truly new invention, file a patent if that makes you feel better. But consider yourself warned. More often than not are patents the reason for failure. Customers want choice and not yet another technology dictator. The want options and not a monopoly. If Tim Berners-Lee would have received a patent for his HTTP and HTML protocol we simply would either not have an Internet as we know it, or none at all. Because the days where somebody pays royalty fees are pretty much gone.
The entire value of an idea is created through execution. Meaning only when you turn it into reality, work with smart and engaging people, as well as working with your potential customers you will win. And if somebody executes better than you, they will win – no matter what – even with a patent as they will try everything to find an alternative. And they will find one, which makes them even stronger.

Cowards will never bring an idea to live because they are more fearful their idea will be stolen than the fear to fail. If you feel you are too weak to execute – go back to square one and rationalize that it is all about execution, and look for a partner who can execute while you craft the concept for your idea. If you have nobody you can trust, work on your network. If you have no network, build it.
Every outstanding idea is usually created multiple times at the same time. Did you ever wonder why most break through concepts happen around the same time on different places? Some maybe a blunt copy, but most just happen because the time is right, the base to build a new step in the evolution of something is perfectly prepared and a need from a market is pushing it to reality. It doesn’t matter whether it was copied or the same idea was created multiple times by chance – getting it done is the real value – not having a brain fart ;)

You may think, why is espionage such a big deal on a global scale? Keep thinking: This is the worst way to get to leadership. It is well known that many of the largest enterprises and governments try to find out what their competitors do – so they can do it too and hope to be better. That particular behavior obviously results in “follower-ship”. And follower-ship is by definition not leadership. Every leader welcomes followers – why? Because only with followers they can become a leader. As a result companies or governments with huge engagement on espionage are doomed to fail in the long run – and history can prove it over and over again.

Putting it all together

Share your idea with great people who can help you make it happen. Involve potential customers before you even build a prototype. Then build what you the market needs and is willing to eventually pay for. As soon as you can show your first results, be as bold as you can get and invite others to follow your ideas – in order to become the market leader and thought leader. While the followers copy your idea, you already have a new version, an improved process and they will follow again. Yes, you are doomed to never stop innovating – but at one point it is the market that will co-innovate with you if you keep the market on your side. Examples of long term innovators include Mercedes Benz, IBM, Lindt Chocolate, Kellogg’s, Steinway & Sons, … All had one thing in common: They had a great idea, they built their first products quickly, brought it to market, competitors tried to copy them right away, they ignored everybody but their customers, and continued to built on what they had – all remained to be leaders in their field over generations.

Are you a passionate founder?
Scroll to top